The Commonwealth of Australia is a country in the Southern Hemisphere comprising the mainland of the world's smallest continent, the major island of Tasmania and a number of other islands in the Southern, Indian and Pacific Oceans. The neighboring countries are Indonesia, East Timor and Papua New Guinea to the north, the Solomon Islands, Vanuatu and the French dependency of New Caledonia to the north-east, and New Zealand to the south-east.

The Australian mainland has been inhabited for more than 42,000 years by Indigenous Australians. After sporadic visits by fishermen from the north and by European explorers and merchants starting in the 17th century, the eastern half of the mainland was claimed by the British in 1770 and officially settled through penal transportation as the colony of New South Wales on 26 January 1788. As the population grew and new areas were explored, another five largely self-governing Crown Colonies were established during the 19th century. 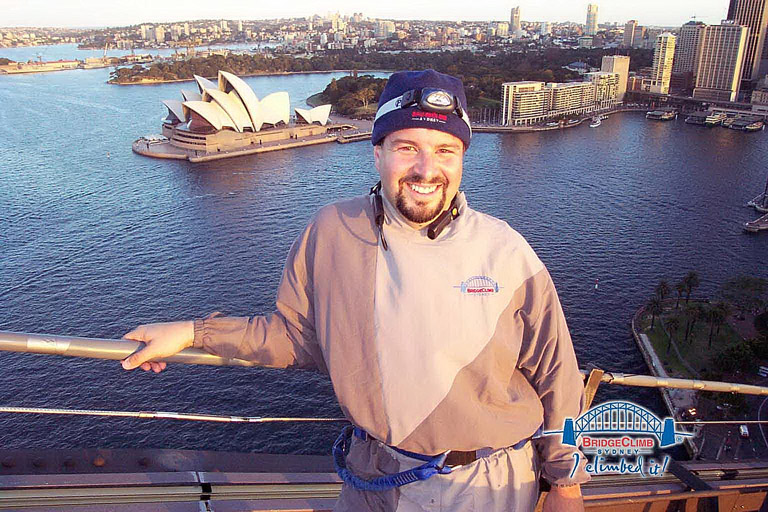 I highly recommend the Sydney Bridge climb if you are not afraid of heights.